At the University of Michigan, Erica Sanders, director of recruitment and operations, reviews student academics before reading the essays. Ted Spencer, associate vice provost and executive director of the university’s undergraduate admissions, has a different application review style.

“I start with the academics first; then I read the essays to validate the application,” Sanders said. “Ted takes the opposite approach. He reads the essays first.”

The Wow team interviewed representatives from many colleges, including the Big 10, the Ivy League, plus other private and public universities. We got a lesson in what goes on inside these colleges.  Here are some general tips:

1) Don’t waste time trying to figure out the complex system of any university; do not listen to rumors. (Don’t apply; you won’t get in; a kid with a perfect ACT score and high GPA didn’t get into a particular school.)

2) Grades are the most important factor in admission, followed by rigor of coursework, test scores, degree of class difficulty and then the essays.

4) Essays  – the first non-academic item on the list of importance for admission – are more  significant than you may think.

“We read each writing opportunity,” U of M’s Sanders said during a panel discussion on the college essay. “We want to put it in context with what we see academically. We want it to be specific, different, something we can’t find elsewhere on your application.

“We don’t have the ability to interview students,”  Sanders added. “We want to hear their voice. As I am reading at 11, 12 or even 1 a.m., I want to read something that stands out, something that says, ‘Wow, this is a student I want to meet.'”

Jessie Hill, an admissions officer from Yale University, was also a panelist during the essay session. She said students need to write stories that show who they are without being over-edited.

“The danger in having too many red pens is that it is diluted and does not sound like a 17-year-old,” Hill said. 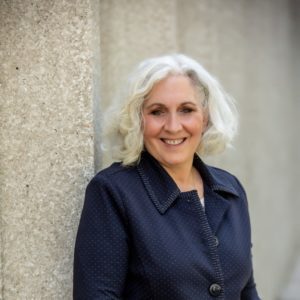 Kim Lifton is President of Wow Writing Workshop. Perceptive, resourceful and curious, Kim can get a story out of anyone. Kim is a former newspaper reporter and corporate communications manager. With Susan Knoppow, Wow’s CEO, Kim developed the Wow Method by combining her journalistic training with Susan’s organization and instructional design skills. She holds a BA in Journalism from Michigan State University. Kim’s articles on the college essay appear regularly in print and on the web, and her work has been featured in a variety of newspapers, magazines and online publications. Kim and Susan have co-authored three books – How to Write an Effective College Application Essay (The Inside Scoop for Parents, Students, Counselors). They are members/affiliates of the Michigan Association of College Admission Counseling (MACAC), the National Association of College Admission Counseling (NACAC), the Independent Educational Consultants Association (IECA) and the Higher Education Consultants Association (HECA).
PrevGreat Essays Excite Johns Hopkins Admissions Officer
Tell Your Story in College EssayNext

A Holiday Message: Tell Me Something Good

How to Review College Application Essays Without a Red Pen

When parents and students complete financial aid and scholarship applications, they hope the end result provides a significant amount of funding.
read More

About 1 in 5 Students Need Remedial Help in College

Expert says universities, high schools need to work together It should have been a simple math question. But it stumped more than half of Michigan's fourth-graders last year. Many of them never catch on, even by high school. As a result, remedial education classes are flourishing at colleges and universities. Walk onto any of the state's 28 community colleges, and one of every five students is enrolled in a remedial education course. National data suggests that one in five students at four-year colleges seek remedial coursework, too.
read More

Why Do You Want to Go to College X?

Why do you want to attend College X?
read More

Get the Inside Scoop

Stick with us, and we'll help take some of the pressure off, with relevant, helpful (but not too frequent!) emails.